There is no doubt that pet owners across the country are looking for high-quality interactive ways to exercise their pets - Look no further than SwiftPaws' new product launch on Indiegogo.

This July, SwiftPaws, a health and wellness lifestyle brand for pets and a leader in modern lure chasing equipment, launched a campaign on Indiegogo to expand their product line, introducing a product that offers bigger courses, faster speeds, and longer battery life to backyards everywhere. SwiftPaws initial goal of raising $25,000 on the crowdfunding site was quickly exceeded. In a matter of 30 days, 351 backers pledged $130,840 to bring SwiftPaws Home Plus to life - that is 523% over their original goal. The success of the campaign has provided the support SwiftPaws needed to finalize the software and design of Home Plus; they have already begun receiving materials with delivery of product on track for the holidays this year. 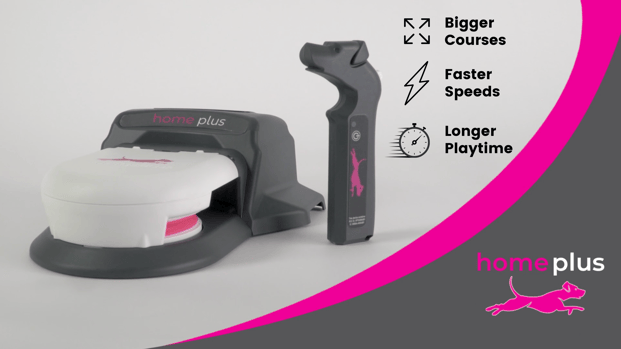 SwiftPaws is no stranger to successful crowdfunding campaigns. In 2018, SwiftPaws raised over $70,000 through Kickstarter, which funded the development of SwiftPaws Home, their flagship product. Since then, CEO/Founder Meghan Wolfgram and her team have been focused on their ecommerce presence, launching on Amazon, and have been steadily building a following of loyal lure chasing enthusiasts through their SwiftPaws Community Group on Facebook. The Melbourne-based startup received national attention earlier this year when their Pro-Alpha equipment was chosen to run the American Kennel Club’s inaugural FCAT Invitational Competition featured as “Fastest Dogs USA” on ESPN 2. 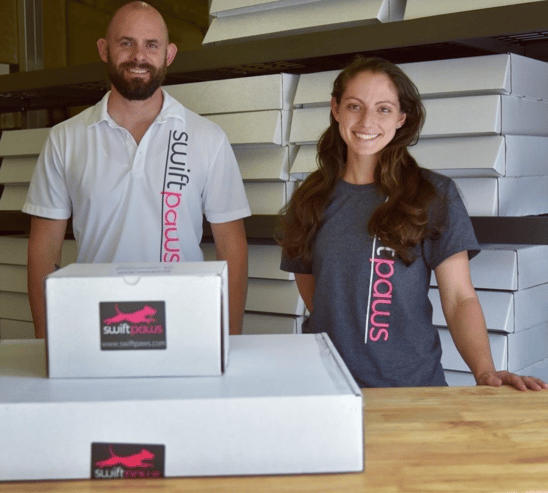 The increasing focus on pet wellness combined with the growing popularity of lure chasing sports has uniquely positioned SwiftPaws. While most pet toys on the market create a passive experience between pet and pet owner, or are food-based incentive play, SwiftPaws equipment is designed to create an interactive experience focused on mental and physical enrichment. SwiftPaws Home Plus is portable and easy to set up, and is capable of running course lengths up to 750 feet long at speeds up to 36 miles per hour.

If you missed out on the Indiegogo campaign, you can still pre-order Home Plus while supplies last on SwiftPaws.com - Bring the best game of chase ever to your backyard this holiday season!

SwiftPaws is based out of Groundswell Startups, a high-tech incubator and coworking space located in Melbourne, FL. Groundswell Startups is a 501c3 nonprofit dedicated to connecting founders with the resources, mentorship, and capital they need to scale up and make an big impact in their industry. For more information on how our community can support your idea please visit https://swellstartups.com/